Virtual Gastric Band Hypnotherapy is a safe and non surgical approach to achieving weight loss naturally through a change of eating habits. 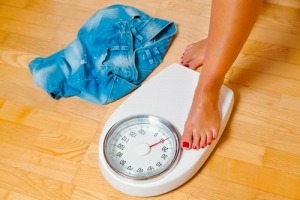 Hypnotherapy convinces the brain that the stomach is satisfied after eating a certain amount of food.

The four week program is adapted to the needs of the individual.  Virtual Gastric Band is not a diet but provides a way that allows you to eat what you want but in smaller quantities.  Since it is not a diet, you should not feel deprived, despondent or hungry. It includes the techniques of hypnotherapy and cognitive behavioural therapy to encourage weight loss.

Two support CDs’ are given to you; one at the beginning of the program and another at the end of the program. They will support the effective guidelines given to you to reduce portion size and motivate you to exercise.

Sheila Granger, the Clinical Hypnotherapist from Hull devised the technique when she became concerned about the need to encourage permanent weight loss with her clients. Her success following a free three week trail where 24 people lost a total of 14 stones, has been widely reported in the media.

The BBC Featured Sheila’s work in the Look North program encouraging widespread interest in Virtual Gastric Band Hypnotherapy . Watch this  YOU TUBE video to view the program televised in 2010